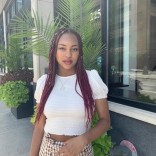 Though K-pop has become its own genre, there’s no denying the clear hip-hop and R&B influences that can be seen and heard.

Kai, from K-pop groups Exo and SuperM, cited Usher as the first concert he attended. Former 2NE1 member CL references the magnitude of Lauryn Hill, Beyoncé, Missy Elliott, Lil Kim, and more as people who influenced her musically. Multigenerational star Taemin from SHINee and SuperM consistently points to Michael Jackson, and Ten, a member of WayV and SuperM, echoes that he wishes he could’ve seen MJ perform live. BM from KARD cites that Tupac and J. Cole ignited his rap career, and in addition to being fans of a range of Black artists from Kehlani to Drake, the BTS members have educated themselves on the origins of hip-hop, even spending time in LA to work with Black producers and artists early on in their careers.

Diverse populations and cultures are experiencing an influx of representation in the media. K-pop (South Korean pop music) is the latest phenomenon, providing an unprecedented wave of Asian representation in Western music scenes. Though K-pop has become its own genre, there’s no denying the clear Black influences that can be seen and heard. his is one of the main reasons why Westerners have been able to open up to the industry.

K-pop artists have always been overtly inspired by Black art, though this sometimes falls under the line of appropriation rather than appreciation, and doesn’t always combat the anti-Blackness and colorism in Asian communities. Despite these issues, there have been wholesome collaborations that allow for a diversification of the music between Black artists and K-pop, many of which have aided in these groups’ western visibility.

However, prior to K-pop’s worldwide rise throughout the 2010s, it was still a challenge for artists to achieve crossover appeal, as was the case with the “Queen of K-pop,” BoA. In 2009, the artist attempted to crossover into the American market with her first-ever English release: her self-titled U.S. debut album. For the release, she worked with Sean Garrett, who co-produced and co-wrote the first two tracks off the album: “I Did it For Love” and “Energetic.” Despite her efforts, BoA didn’t achieve crossover success, the Western world not quite ready for K-pop’s inevitable takeover. Then, came Psy’s viral hit “Gangnam Style” in 2012.

“Gangnam Style” was many people’s first introduction to K-pop, though the singer’s stylings don’t follow the perfectly polished standards of the majority of the industry. After experiencing viral fame, PSY went on to work with Snoop Dogg in 2014 on “HANGOVER,” providing international listeners a more familiar face and voice to associate with the pop star. Although the track received mixed reception, it foreshadowed the rise of collaborations that were to come between Black artists and K-pop stars. A year after “HANGOVER,” South Korean R&B singer Dean released his debut song “I’m Not Sorry” with Eric Bellinger. That same year, he also collaborated with Anderson .Paak on “Put My Hands on You” and, two years later, worked with Syd on “love.”

Though the visibility of K-pop has been steadily growing for years, global sensations like BTS have experienced unprecedented superstardom that has helped shift the focus to Korean music. Unlike PSY, whose fame came from a more comical stance, BTS have been building up a steady fanbase, their sincerity, artistry, and depth resonated with fans since their debut in 2013. What has contributed to that rise has been the collaborations the group — as well as some of its individual members — have done with Black artists. In 2017, the same year the group became the first K-pop act to perform at the American Music Awards, BTS leader RM collaborated with Wale on a song titled “Change.” The politically-charged song features the pair addressing problems that range from a lack of faith in government to police brutality.

“When he suggested the collaboration, that was a real shock. I thought about it, [and was] like, should we do a party song? But I wanted to do something different,” RM said in an interview with Teen Vogue. “The title is ‘Change’ — in America. They’ve got their situations and we’ve got ours in Seoul, the problems are everywhere and the song is like a prayer for change. He talks about the police, and problems he’s faced since he was a child. For me, I talked about Korea, my problems, and about those on Twitter who kill people by keyboards.”

That same year, BTS also worked with Desiigner and Steve Aoki on the remix to “Mic Drop,” an EDM/trap/hip-hop song which debuted at number 28 on the US Billboard Hot 100, becoming the band’s first track to reach the top 40 on the chart. The following year, BTS released a remix of their track “Idol” with Nicki Minaj, the song blending traditional Korean sounds with the thumping drum and bass of gqom, a style of house music that originated in Durban, South Africa. The song became yet another Billboard hit for the group, with the track peaking at number 11 on the Hot 100 chart.

In 2019, fellow BTS member J-Hope hooked up with Becky G for a remake of Webstar and Young B’s 2006 hit “Chicken Noodle Soup” that incorporated Korean, English, and Spanish lyrics. The music video also paid homage to the original dance, with over 50 dancers of different nationalities doing the dance moves while incorporating new choreography. For J-Hope, “Chicken Noodle Soup” is an integral part of his artistry; when he was first learning to dance, the track was one that he often danced to. And although neither Webstar or Young B were featured in the track or video, they were still credited as songwriters, and opened up the possibility of Young B working with J-Hope in the future.

“I feel like ‘Chicken Noodle Soup’ was always an international record. People of all cultures know the song, and it’s always been that way… [J-Hope and Becky G] made it even bigger for this day and age,” Young B said in an interview with Billboard. “I’m very open-minded and I feel like [the remake] is good for the culture. It was created in Harlem, and now it’s a worldwide thing.”

Cardi B Calls off Divorce From Offset According To New Report

But BTS’ biggest crossover moment is arguably thanks to RM’s appearance on “Seoul Town Road” — one of a handful of remixes Lil Nas X made for his hit song “Old Town Road.” The remix allowed BTS to make their Grammy stage debut with Lil Nas X at the 2020 Grammy Awards, marking a historical moment for K-pop and serving as yet another example of a Black artist recognizing K-pop’s relevancy in pop music.

Collaborations between K-pop artists and Black artists have continued this year, as is evident with South Korean girl group Blackpink getting Cardi B to appear on “Bet You Wanna,” a standout from their debut album, The Album. The release debuted at num. 2 in North America, making it the best-performing project from a Korean girl group in American chart history.

Just as Black artists have been historically pigeonholed into urban, hip-hop, and R&B categories, East Asian artists face similar barriers in recognition for their global popularity, evidenced by the separate “K-pop” categories embedded in the MTV VMAs. Despite these obstacles, the fusion of sounds, diversity in projects, and both upfront collaborations and behind the scenes creative power of Black songwriters and producers penning K-pop’s biggest hits, point to how POC solidarity can be a driving force in diversifying and dismantling the whiteness still dominating places of power in entertainment.

Ashlee Mitchell is a writer and creative with a focus on Asian and Black pop culture. Her work can be found in Teen Vogue, i-D, Dazed, Nylon, and others. You can connect with Mitchell on her website and follow her @itgirlash .