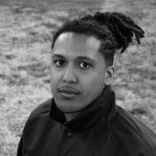 Both rap veterans and contemporary up-and-comers rely on independent music venues to sustain themselves, but the COVID-19 pandemic could lead to a majority of those venues permanently closing.

In June, the National Independent Venue Association (NIVA) conducted a survey with over 2,000 of its members, which includes venue owners, bookers, and promoters throughout the United States. The results were alarming. The survey reported that “90% of independent venues…will close permanently in a few months without federal funding.”

The COVID-19 pandemic has affected countless industries in the United States. And the strain it has put on the live music industry — and the music industry at large — has been evident since earlier this year. Live music has been affected on every level: local, regional, and national. Artists have had to try out-of-the-box methods in response, from Erykah Badu’s innovative quarantine series to DJs exploring the Livestream capabilities of different social media platforms. While independent venues have struggled to find innovative ways to keep their business running.

NIVA, which was formed in April as a response to the pandemic, is hoping that Congress can help independent venues survive during this time through three acts: the RESTART Act, the ENCORES Act, and the Save Our Stages or SOS Act. Although the first two would greatly help independent venues, it’s the third one, particularly, that the association is hoping for. Save Our Stages is a $10 billion grant program for live venue operators, promoters, producers, and talent representatives. The SOS Act would offer recipients a grant “no greater than 45% of gross revenue from 2019 or $12 million,” with assistance applied to expenses “incurred between March 1, 2020 and ending on December 31, 2020,” according to a NIVA press release.

“It recognizes that our industry has been hit harder than almost all other industries,” NIVA Communications Director Audrey Schaefer said of Save Our Stages, which is specifically tailored to provide federal funding to independent venues. “We’ve always been able to figure it out on our own, whether it was a recession or the gas crisis, mortgage crisis, the terrible tragedies when people went into concert venues across the country and had mass murders occur — we’ve all been able to figure it out. Well, this is one instance where we absolutely could not do it on our own with no revenue.”

Schaefer said that more than 1.8 million emails have been sent to congress by supporters of the Act. It has also received bipartisan support, with senators John Cornyn (R-Texas) and Amy Klobuchar (D-Minn.) leading the legislation. Senate Minority Leader Charles Schumer (D-NY) has also co-sponsored the Act. Despite this, Save Our Stages has yet to be approved, and independent venues across the country have closed in recent months, including Cleveland’s Stella’s Music Club, Austin, Texas’ Barracuda, and Portland, Maine’s Port City Music Hall.

“We were hoping that we would have legislation to be considered and passed by the fourth of July and they were not considering what we were working on,” Schaefer said. “So we just have to keep going. This really is a race to be able to get help before the businesses go under.”

Soto, who started as an intern in 2012 but has been booking for six years now, said that this year was supposed to be The Masquerade’s 30th year in business. But the pandemic has derailed those plans; Soto has been rescheduling postponed shows that were supposed to take place throughout the three different spaces that make up the venue — the 1,500-cap Heaven, the 550-cap Hell, and the 300-cap Purgatory — with some of those shows now pegged to mid-late 2021.

“Tours are planned a year out, two years out. So you have to have people working ahead of time to book these tours and these acts and put these shows together,” Soto said. “Everyone’s either at a standstill or holding 10 different backup dates trying to figure out when they can tour safely. So we don’t know if shows are gonna happen next year.”

With Atlanta serving as an export for a majority of contemporary rap, The Masquerade has become an institution for local rap acts that have since become mainstream stars. Soto said that artists like Lil Yachty and 21 Savage started off playing shows in Purgatory, only to graduate to their biggest room — Heaven — as their popularity grew.

“We’ll get artists that start in the 300 and work their way up as they get bigger and grow more fans,” she said. “It feels very surreal to see bands and artists just blow up. To be like, ‘Oh wow, I saw them when they were small,’ and then all of these really cool things are happening for them.”

Independent venues are integral to that rise, allowing artists to refine themselves as live performers and prepare for arenas, festivals, and stadiums — if they choose to do so.

“There are very few artists that can go from their bedroom to a stadium,” Schaefer said. “The other thing is that not every artist wants to be in an arena. A lot of artists like the intimacy of a club and can make a damn fine living playing soldout clubs.”

With larger scale live shows expected not to happen until fall 2021, or later, some independent venues have had low scale live shows, as was the case with Fort Smith, Ark.’s Temple Live. The venue put on one of the country’s first concerts during the pandemic with singer-songwriter Travis McCready back in May. However, Soto doesn’t think the low scale live show strategy would work for The Masquerade.

“If you look at our 1,500-cap room, you can put in 2 to 300 people in there, and that doesn’t cover costs unless it’s a very, very high ticket, and you don’t want to do a very high ticket right now when people are out of work and they’re living through a pandemic,” she said. “I understand why venues are trying it, it just hasn’t made sense for us.”

Still, when shows do make their return, Soto thinks rap shows will be one of the first to return.

“They travel the easiest — they don’t have a bunch of gear and a bunch of crew and a bunch of expenses,” she said. “Also, being in Atlanta, it’d be easy to have any amount of local and regional talent come and play when things are back up and running.”

Like The Masquerade, Cervantes’ Masterpiece Ballroom, a venue based in Denver, is facing similar challenges. The 18-year-old venue — which also has multiple rooms, the 1,000-cap Cervantes’ and the 500-cap The Other Side — hasn’t had a show since March 12. This year, Cervantes was expected to have 50 rap shows, among them up-and-comers like Teejayx6 and veterans like Digable Planets and Method Man and Redman. Although the venue caters to both contemporary or older rap artists, it often gets one-of-a-kind concerts for the latter. In November last year, it hosted a concert with Busta Rhymes and Q-Tip, as well as a concert with DJ Premier, Yasiin Bey, and Talib Kweli as Black Star Gang. (Cervantes is also the same venue where Bey revealed that he, Kweli, and Madlib were working on a new Black Star album.) They’ve even had a New Year’s Eve show hosted by members of the Wu-Tang Clan, fittingly dubbed “Wu Year’s Eve.”

Duncan Goodman, Cervantes’ owner and operations manager, credits the venue’s ability to get these type of rap shows with older artists to the relationships they’ve built with them and their managers throughout the years. But it’s also the want for live rap from fans in the city, too.

“We try to set ourselves apart when we’re 100% independent unlike quite a few other venues here in Denver owned by Live Nation or AEG. We’re a little less sterile here…people have been attending shows here for 18 years, and quite a bit of our staff has worked here for over 10 years. So that says something about the business and the venue,” Goodman said. “But every show we host, we want to make that experience as quality as possible. If the artist is having a quality experience…generally they’re going to go above and beyond for you in terms of that live show they’re putting on.”

With Congress in a standstill over a second stimulus bill for struggling Americans, it’s unclear when — or if — independent music venues will get the support they need. NIVA is still trying to raise awareness. The organization just announced a partnership with YouTube, in which the tech giant will help ring the alarm. They will also provide funding for the NIVA Emergency Relief Fund and work on “unique programming.”

Independent venues just need to hold on a little longer. But it’s a challenge.

“Every day it’s a risk — as if you’re waiting for an organ transplant and you need to keep the body alive in anticipation of it,” Schaefer said. “A kidney and a cadaver doesn’t do it.”