Check Out the First Teaser Trailer for Twitter Thread-Inspired ‘Zola’

“Metallic Butterfly isn’t a new album- It’s the album that started it all.”

The project was reissued via Rough Trade Records and features three bonus tracks from the era — “Dragons,” “Corazon En Afrika,” and “Young Girls.” The music was composed entirely with producer OWWWLS, who also collaborated with Nokia on her 1992 Deluxe album.

In a series of tweets ahead of the album’s rerelease, Nokia wrote, “Metallic Butterfly’ isn’t a new album-It’s the album that started it all.”

She marked the album as a new beginning in her career, after nixing her former rap name, Wavy Spice. “My genesis, my beginning and the first time I introduced myself to the world as Princess Nokia.”

She added, “Metallic Butterfly’ is an experimental album that was inspired by many different elements of music and sub culture. When the music industry wanted me to rap I chose to be different and show the world who I really was… Metallic Butterfly’ was way ahead of its time. It featured trip hop, jungle, R&B Neo Folk, adult contemporary, grime, and Afro Caribbean Canto. It’s visual and audio aesthetics were deep rooted in anime, cosplay, witchcraft, feminism, and cyber goth/ rave culture.”

Nokia posted a clip of a self-directed video from the album’s era, writing, “I was ahead of the curve all along. And for that I am very proud.”

Nokia also shared an intimate letter written on the day of the record’s original release. 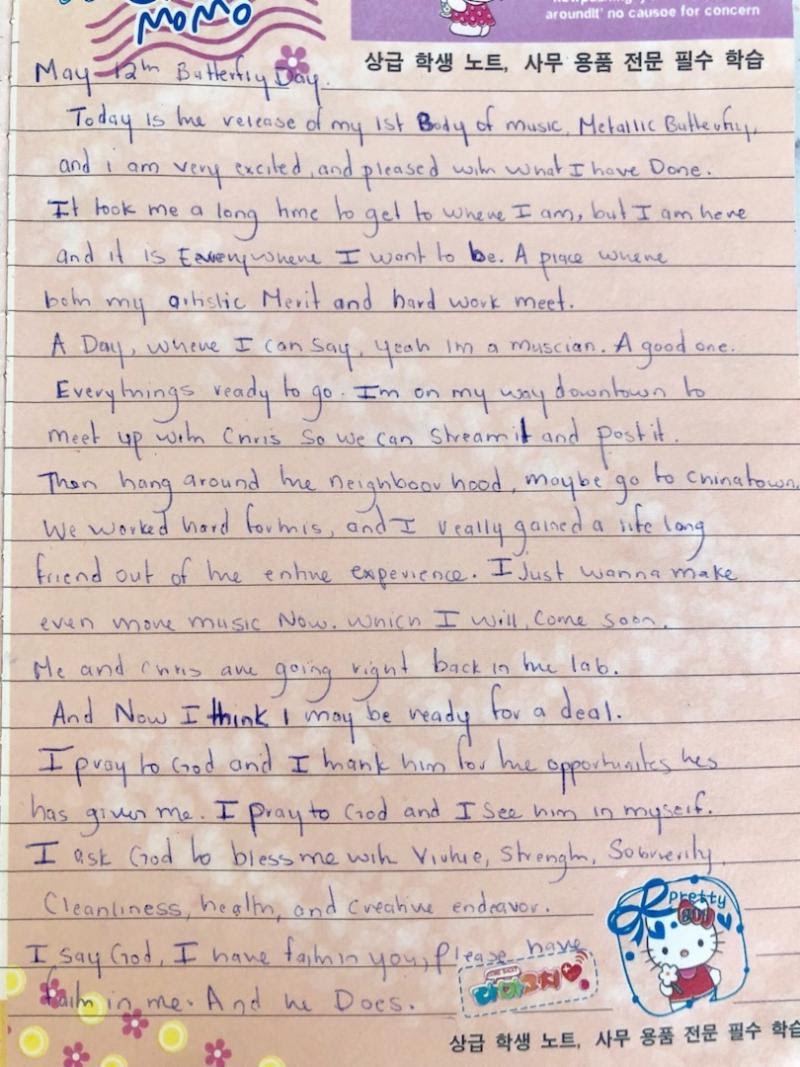 Stream the remastered and expanded version of Metallic Butterfly below.